In the world of antioxidants – our team says that Nutrex Hawaii does it the BEST. Nutrex Hawaii is the only microalgae farm located in a “BioSecure Zone” that prohibits the use of harmful pesticides and genetically modified organisms. This means their spirulina and astaxanthin products are grown without using any harmful pesticides or herbicides.  We’ve witnessed this first hand and it is absolutely mind blowing!  From their use of deep sea water to their use of solar panels, and their passionate microalgae farmers – Nutrex’s products are all safe and pure and actually work. I’m a huge fan myself as my skin has transformed and we haven’t been sick over a year – now that is a miracle!

We all know how to be “conscious consumers.” We know what to look for when it comes to labels – non-GMO, Pesticide and Herbicide Free, Solvent Free, Organic, etc. But how many of us are asking the question of where our supplements are being sourced from?

Their mission is to utilize the benefits of microalgae to improve health and extend lives in the world wide community. Carved out of land that was once a barren lava flow, Nutrex Hawaii is located on the pristine Kona coast on the Big Island of Hawaii. Their farm draws on the natural resources that surround them – abundant warm sunlight, pure deep ocean water, and 100% fresh water drawn from Hawaiian aquifers to cultivate:

Photos: Photos of the 90-acre farm are below, along with product harvesting shots. 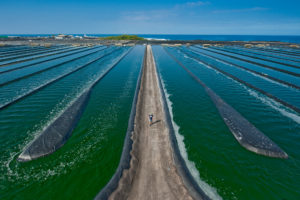 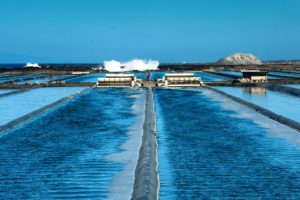 Spirulina is considered one of the original superfoods, dating back to being an important food source for the ancient Aztecs and Mayans. It’s a blue-green microalgae that gets its name, Arthrospira platensis, from its spiral shape and grows in natural alkaline lakes in countries like Chad in Africa. It’s one of the most nutritious, concentrated whole food supplements known to humankind and is used to boost energy and the immune system, just to name a few of the benefits.

Spirulina grown in Hawaii is cultivated in man-made raceway ponds that mimic the environment that spirulina would naturally grow in. The long, warm sunny days produce highly nutrient dense algae, full of vitamins like vitamin A, vitamin K, zeaxanthin, and other phytonutrients such as phycocyanin, GLA, and SOD.

How to use it: Spirulina can be added to foods such sauces or dressings, but really blends well into shakes or smoothies, like this Spirulina Summer Smoothie. 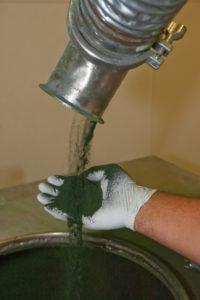 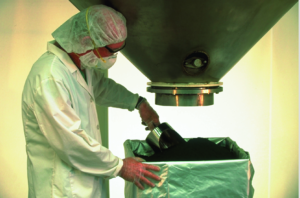 Cultivated in Hawaii from microalgae as well as found naturally in fish like salmon, astaxanthin is a powerful antioxidant that has a diverse range of benefits stemming from joint and tendon support, eye and brain health, recovery from exercise, to even acting like an internal sunscreen. Astaxanthin is a red carotenoid that colors seafood red and pink and is over 500 times more powerful than vitamin E and 10-20 times stronger than other carotenoids such as zeaxanthin, lutein, lycopene and beta-carotene. Astaxanthin is used by many athletes as part of their training regimen and is used by many locals to help with sun protection from the sunny Hawaiian days.

How to use it: The most concentrated form of astaxanthin is in supplement form such as BioAstin® Hawaiian Astaxanthin®, but it can also be consumed by eating salmon, such as wild Alaskan Sockeye salmon.