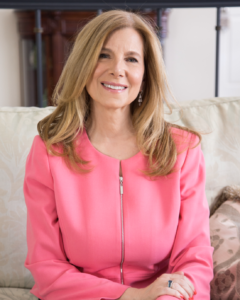 You know that feeling when you’re trying to think of the name of a person? It’s on the tip of your tongue. You’re so frustrated because you were literally just talking about them. Defeated, you move on. It’s not until hours later that you finally remember it, “Samantha! Ah – how could I forget?”That feeling can be incredibly obnoxious. For most of us, those moments are few and far between (though a normal occurrence in the healthiest of people). But imagine if that kind of thing happened to you all the time. Imagine if – in addition to names – you started forgetting words. Concepts. Things and people you’ve known your entire life. This is Alzheimer’s. Over 5 million people in the US alone are suffering from it, and though it is associated with older age, Alzheimer’s is most certainly not a part of normal aging. It is a disease. And it can be stopped.One woman is trying to do that. Her name is Peggy Sarlin, a singer-songwriter, as well as a freelance journalist with a special interest in health. Last year, publisher Lee Euler asked Peggy to investigate potential remedies for Alzheimer’s after watching his mother suffer from this cruel disease. Peggy effectively went on to create a series called Awakening from Alzheimer’s about this debilitating disease. It premiered on September 21st, 2016 (World Alzheimer’s Day) and was viewed by over a million people! The series outlined information Peggy collected as she traveled around the country, interviewing 14 doctors at the forefront of the Alzheimer’s revolution. She was able to offer something to sufferers of the disease, their caretakers, and those who may have the disease and don’t know it yet: hope. Change for loved ones caring for those with Alzheimer’s. A space to imagine a future without it. One of the viewers from last year, Brad B, wrote that after just a few days of trying a recommended remedy on his 85-year-old mother who has “severe Alzheimer’s,” “she could get up and talk…remember what I talked about…Kick off her shoes and carry on a conversation…The best thing is that she can answer the phone when I call her for the last two days…fast!”Because of the huge demand for this information, Awakening from Alzheimer’s will be shown again online for an encore presentation, starting on September 21, 2017, World Alzheimer’s Day. All the video interviews will be made available to viewers for free.Peggy says, “We’re living in the age of the first survivors of Alzheimer’s, and those who have returned from it describe the feeling as an ‘awakening.’ My book and video series, Awakening from Alzheimer’s, bring the details of how to create this awakening.”Please help us spread the word. For more information, visit http://www.awakeningfromalzheimers.com/