Help the Homeless for “Socktober” with Hocsocx 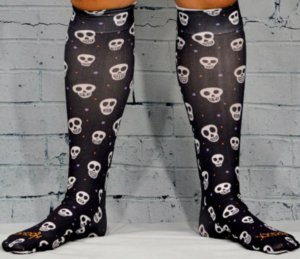 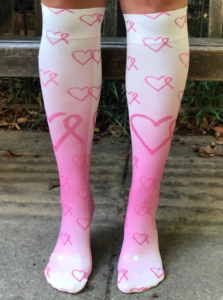 Want a good deed idea to help your community during COVID-19? Did you know that each night in the United States, an estimated 600,000 people live on the streets? This October, a grassroots movement called Socktober wants you to show that even a small act of love, such as donating a pair of socks, can make a big difference in the lives of our neighbors who are homeless.

But you can’t donate used socks, (for obvious reasons). So you have to buy them new! Our friends at Hocsocx have the most amazing socks, with the most adorable prints, sure to brighten anyone’s day. They even have Halloween skull-themed socks! The company was started by a mom whose daughters kept getting terrible shin rashes from their field hockey shin pads. Their mom, a pharmacist and clearly a problem solver, designed Hocsocx to combat the rash, and voila – no more shin guard rashes!

The company made its debut at the USA Field Hockey Festival in Palm Beach Gardens, FL on Thanksgiving Day 2012! They were a big hit! Hocsocx has been official suppliers to the USA Women’s National Field Hockey team since 2013 and added the USA Men’s National team in 2015.

So what are you waiting for? Find your local shelter, buy some fun patterned Hocsocx, and donate to the homeless this Socktober.