Want to Know What Truly Grows a Brand?

Being a Great Storyteller! 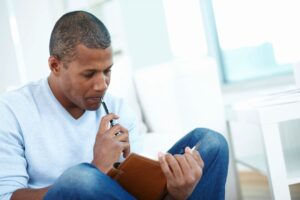 Do you remember being a kid? What is the one glaring difference you can think about when you compare what being a kid is like to be an adult?  Ok, there are probably many (like responsibilities, bills, etc.), but one of them is glaringly obvious: imagination.

When we were kids, our imagination reigned supreme. Many of us were lucky enough to have books read to us each day and night, and we would weave images around those stores in our minds. Those visuals would guide our imaginative play, and we went about our lives – carefree – as we let our imaginations be our compass.

When you add in the pressures of adult life, it’s easy to see how our imaginations kind of took a backseat to other more pressing responsibilities. But for those among us who allowed our imaginations to continue weaving stories around certain narratives, well, magic has happened. The Wright Brothers dreamed up flying through the sky. Thomas Edison dreamed up electricity. Steve Jobs dreamed up all those Apple products you have and love so much. And every producer and director who ever lived dreamed up stories and made them into movies that touched us to our very core, compelling us to listen. Why? Because storytelling makes us feel understood, it makes us relate. It makes us feel like we are part of a community.

Make no mistake about it: as a top public relations firm we are wired for storytelling. Storytelling compels us, captivates us in a way that the children inside of us will never forget.

And that is why being a great storyteller is the magic sauce behind growing a brand. CEO of Dunn Pellier Media, Nicole Dunn, wrote about the power of storytelling for the Forbes Business Council last month:

Great stories can leave powerful impressions on us. According to media psychologist Pamela Rutledge, Ph.D., “Stories are how we are wired. Stories take place in the imagination. To the human brain, imagined experiences are processed the same as real experiences. Stories create genuine emotions, presence, and behavioral responses.”

Understanding this is the key to leveraging a good story for a successful public relations campaign. Let’s explore how businesses can use strong storytelling to their advantage when looking to build brand awareness and boost sales.

To read more, and to unlock your storytelling advantage in growing your brand through public relations, visit the original article here.  If you are interested in having our public relations firm help tell your story to the media, please reach out to Oumy Thiam to set up a time to say hello and tell us about your goals!

May your imagination be free to roam about the cabin.

PR Talk: How to Strike a Balance Between What’s Trending & Your Social Media Campaigns 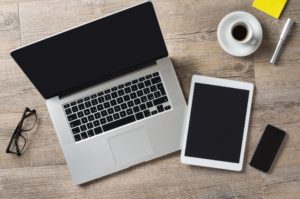 If you’re an entrepreneur or if you have a public brand, it’s incredibly important to have your finger on the pulse of what is trending. The more current you are, the more you can target your brand messages – social media campaigns, ads and the like – and the more relevant and “on the pulse” you appear to your audience. And that translates into fierce loyalty among your supporters.

That said, it’s equally as important to be cautious about how you talk about what’s trending in your posts and campaigns, because sometimes, it can backfire. I’ve seen some big brands get huge backlash from some of their social media posts that – while on trend – carried a message that angered their supporters.

When good campaigns go bad: When Prince passed away, Cheerios tweeted, “Rest In Peace” but they replaced the dot of the I with a Cheerio. While on point, people found it to be distasteful because they were trying to market their product when they should have been simply paying tribute to a musical legend. Cheerios took down the tweet.

Cheerios also got backlash when they featured an interracial couple in one of their cereal commercials. It produced so many hateful, racist comments in their Youtube comment section that they had to close it. Happily, Cheerios stood by their decision to feature this couple, and the commercial is still running.

People are going to judge and offer an opinion about what they feel is right or wrong in most situations (in the newspaper, online, on TV). But as a brand, you have to expect that if you are going to comment or take a stance on a current and relevant issue in your messaging, you must be prepared to either stick to your guns or else admit you were wrong, apologize (right away or not at all) and move forward. The internet has made it incredibly easy for everyone to have an opinion – with no exclusions. And opinions – true, false, right, wrong or otherwise – can spread like wildfire. Before you release any statement or message of any kind into the ethers, you must know what you stand for, you must know who your audience is, and you must know what your brand can withstand.

Know who is doing your social media so that you don’t have to apologize for the intern getting canned for the incident. After all this is your reputation. Companies need to have a conversation about what they want and what voice will be heard in social media. Whoever is responsible for hitting publish can confront the possibility of positive comments or a backlash. Be careful and avoid the obvious:

When good campaigns go well: In 2016, there were some pretty impressive social media campaigns such as one from the Superbowl that was considered one of the funniest and most recognizable ads from Doritos, which featured a woman getting an ultrasound and an apparently very hungry baby, went viral during and after the game. Since it aired the video on Youtube has received over 15,028,641 hits.

Another successful campaign came from Emirates’ marketing team. They feature a variety of brand components and video shorts of destinations, videos of their airplanes, also incorporating influencers to truly capture their buyer persona. By using Jennifer Aniston they show consumers and competitors that they are confident in all of its products, not just its premium cabins. In the ad Jennifer discovers the appeal of economy class on an Emirates A380 and opts to trade her first-class seat for a seat in the economy cabin. The video garnered 5,397,259 views. The best plug for Emirates on social media, is when they upgraded YouTuber Casey Neistat from Business Class to First Class on a flight from Dubai to New York. With 6,258,716 subscribers around a cumulative total of over a billion views for his videos and this video has received 32,576,547 views and counting. After watching him enjoy his flight, you’ll want this experience too (if you can afford it that is).

Know what kind of brand you are. Know what you stand for. Keep up to date with what’s trending and what’s hot. And by all means, target your messaging based on that. But be sure to strike a balance, and know that you can’t please everybody all the time. Pick your battles, and if you’d rather not fight, stay as neutral as Switzerland while also staying current. No one is saying it’s easy, but it sure can save a lot of headaches.

Go to our website and sign up for our newsletter for more great articles and features on some of our health and wellness clients! We are running a free webinar March 28, 2017 on how to build a TV pitch that gets you booked on TV without knowing a single TV producer! Come join the fun and learn how to stand out in the “sea of experts!”