Is Chocolate Really Good For You?

MyNetDiary Has the Inside Scoop on Chocolate!

With Valentine’s Day coming up, it’s safe to say that chocolate consumption is about to go way up! 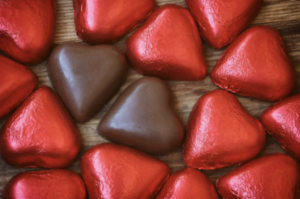 “Chocolate enjoys just as healthy a reputation today as it did anciently. The Aztecs named their bitter chocolate beverage “food of the gods.” Europeans believed the treat was a general-purpose curative. Indeed, modern science has uncovered evidence for potential health benefits such as the following:

The article goes on to discuss flavanols and how much chocolate you might have to eat in order to receive the benefits from them, along with some facts about the different kinds of the confection contain the highest amounts. It compares plain, white, milk and dark. Everyone has a favorite and the choice of the sweet confectionary can often determine personality other traits. The White variety is easy to identify because of its cream of white  – sometimes ivory,  but some white does not contain any cocoa solids at all making it a distant cousin to its cocoa solid based relations.

The sweet confectionary has been a long time favorite and will continue to be so for many years to come
For more on this subject, read the article at MyNetDiary.com